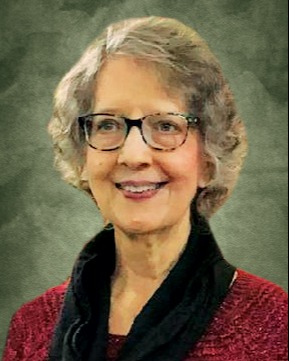 Jolene was preceded in death by her husband, John and her parents.

Jolene was born April 22, 1947 in Lamar, Missouri, to Clarence Frank and Lavena (Burke) Fast. She attended school in Lamar, graduating from Lamar High School in 1964. After a brief time at Southwest Missouri State College, she returned to Lamar and worked in the dental office of Dr. Jack Reavley. In 1965 she met John Dille and they were married on October 2, 1966.

Jolene and John moved to southwest Oklahoma for a couple of years where they served as houseparents for a boy's ranch and then returned to Lamar where they created a rustic oasis on the banks of Muddy Creek. They began to minister to the congregation of a small country church, Bluff Chapel. Out of that came the church that they pastored for 45 years, Grace Christian Assembly.

In the summers between 1984 and 2010, day camp was held at their home place, "Dilleville." Jolene told Bible stories, led singing, supervised outdoor activities and cooked for the entire camp,

Jolene and John demonstrated their gift of hospitality by hosting scores of traveling ministers and missionaries, sometimes for weeks at a time. They willingly gave possessions and resources to help anyone in need, and shared the gospel readily and faithfully.

Jolene was a loyal servant of Christ, a loving and supportive wife, a dedicated thirty-five year employee of her brother's optometrist office, and caring friend to many. She leaves a legacy of love, grace and service to others.

To send flowers to the family in memory of Jolene Marie Dille, please visit our flower store.