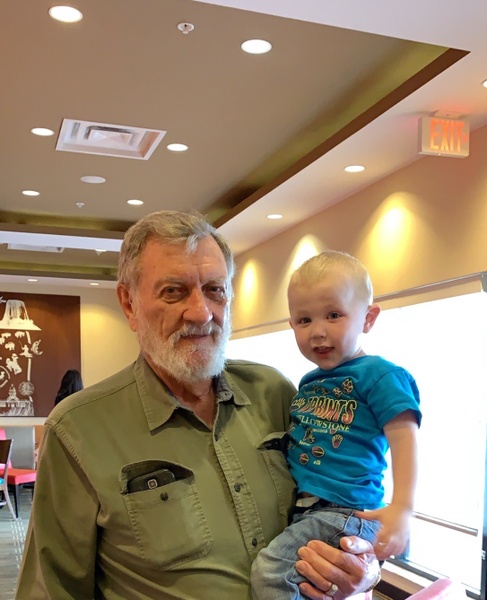 John William Leazenby died peacefully at his Missouri Farm on July 13, 2022, with his wife Sally Benedict at his side. John was 83 years old.

Serving with the United States Navy from 1956 until July 1960, he would see his discharge delayed 6-months due to the building of the Berlin Wall.    The construction of the Berlin Wall would inform his later passion for freedom and his caution toward authority.

John was remembered for having read every Wyoming Statute and, most importantly, recognizing them and all Supreme Court Decisions and understanding their legal implications. His entry into law enforcement coincided with the passage of the Civil Rights Act, which he applauded for forcing a professional approach to law enforcement by state and local government. John welcomed the Miranda Decision and was challenged for his views during an interview for promotion to Sergeant while in the Laramie Police Department. He spent numerous hours studying law enforcement and attending university classes as he continued to educate himself with newer and more professional law enforcement methods. He is a graduate of the F.B.I. National Academy Session 108.

He was remembered as the "go-to guy" when no one else would step up.   He kept egos and power in check with his ability to question authority, including his own, as everyone else stayed seated or walked away. He could be annoying because of his ability to quote the law as accurately as any attorney or judge. Often to their chagrin or delight.

Stories abound of John's fairness and perhaps greater importance:  his ability to know everything about you without using anything for his gain. He was a fierce competitor and a worthy opponent to those who sullied the same uniform he wore. John's pet peeves were "do you know who I am?" or "I will have your job." He lived long enough to be disappointed in some law enforcement's leadership; more recently, the shocking actions and inactions of police saddened him.

In his death, he continues to serve by providing tissue and blood samples to Barnes Jewish Hospital, Siteman Cancer Center in St. Louis, Missouri, and Kansas State University, Kansas City, assisting future research about Acute Myeloid Leukemia and specifically the TP53 mutation. The mutation challenged chemo protocols success and prevented his remission despite a year-long effort on all fronts. John's relentless spirit and his unique brand of courage earned him respect and admiration from all the medical teams that came to know him.

John's final resting place will be Laramie, Wyoming, on September 13, 2022. Graveside services are scheduled for 2:00 p.m., along with Navy Military Honors and Albany County Sheriff's Office "Last Call" ceremony. Life Celebrations for John will be held at the Hilton Teton Ballroom, in Laramie, Wyoming from 3:00 - 7:00 p.m. All are invited and welcomed to join with family and friends as we celebrate John.

To send flowers to the family in memory of John Leazenby, please visit our flower store.