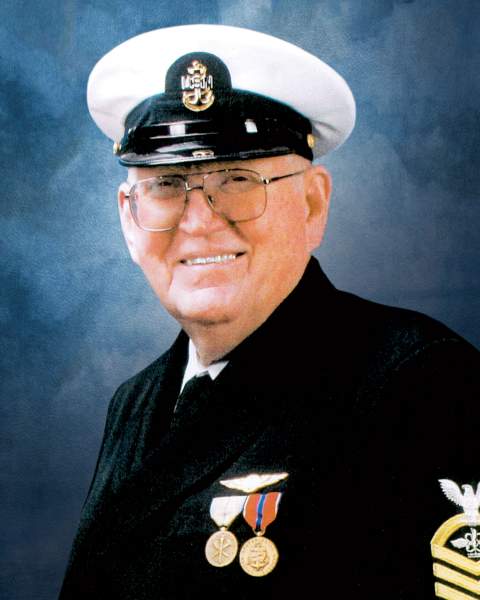 Dwayne was born January 19, 1940 in Golden City, Missouri to Glen Jones and Lena Bernease (Williams) Jones. Dwayne graduated from Lamar High School in the class of 1958. After graduation, Dwayne joined the U.S. Navy and attended boot camp in San Diego, California. He was assigned to a heavy cruiser, the USS Toledo out of Long Beach, California.
He made one Pacific cruise in 1959, with stops in Hawaii, Japan, Hong Kong, Okinawa, Philippines, Guam and Saigon, South Vietnam. He was released from active duty in 1960 as a 3rd class ship fitter metal smith. He continued with the US Navy Reserve after active duty but switched to aviation metal smith and joined an aviation squadron VS-81. It was based at North Island Naval Air Station in San Diego, California, where they flew S2F anti submarine aircraft, which Dwayne flew as a crewman, operating some of the sensors used to detect submarines. It was a carrier aircraft and he got a cat shot off the carrier USS Ticonderoga while in his squadron. It was a quite a ride he said. While in this squadron, if he wanted to continue to fly, Dwayne had to change to aircrew operator and at that time was a 1st Class Petty Officer. VS-81 was decommissioned in 1975 and he then transferred to VP-65 at Point Mugu Naval Air Station in Point Mugu, California. This squadron flew P-3 aircraft and is strictly land based. Dwayne remained in this squadron until 1987 when he retired as a Chief Petty Officer with 30 years served. After retiring from the U.S. Navy, Dwayne received his associates degree in aeronautical engineering even though he never worked in the field. He then went to work for Shell Oil in 1967 starting out as a truck driver and then switched to dispatching tanker trucks. He then retired from this job after 27 years.

Dwayne met his first wife, Marjorie Deborah (Ball) Jones in 1960 and they married in July of 1962. He lost Marjorie to cancer in 1981, just a month short of their 19th wedding anniversary. Dwayne then met his current wife, Ederlinda (Linda) Flores Jones in 1982, they were married on September 2, 1985 in Olongapo, Philippines.  In July of 1994, Dwayne and Linda moved back to Lamar, and raised miniature horses for a while. They would have celebrated their 37th wedding anniversary next month.

Funeral services will be held at 11:00 a.m., Monday, August 29, 2022 at the First Baptist Church in Lamar, MO., with burial to follow at Lake Cemetery in Lamar.

The family will receive friends starting at 9:30 a.m. until service time, Monday, August 29, 2022 at the First Baptist Church in Lamar.

Contributions are suggested and made payable to the USO or Wounded Warriors in care of the funeral home.

To send flowers to the family in memory of Dwayne Alden Jones, please visit our flower store.

Send a Sympathy Card
In memory of Dwayne Alden Jones, please consider making a donation to one of the following charities: