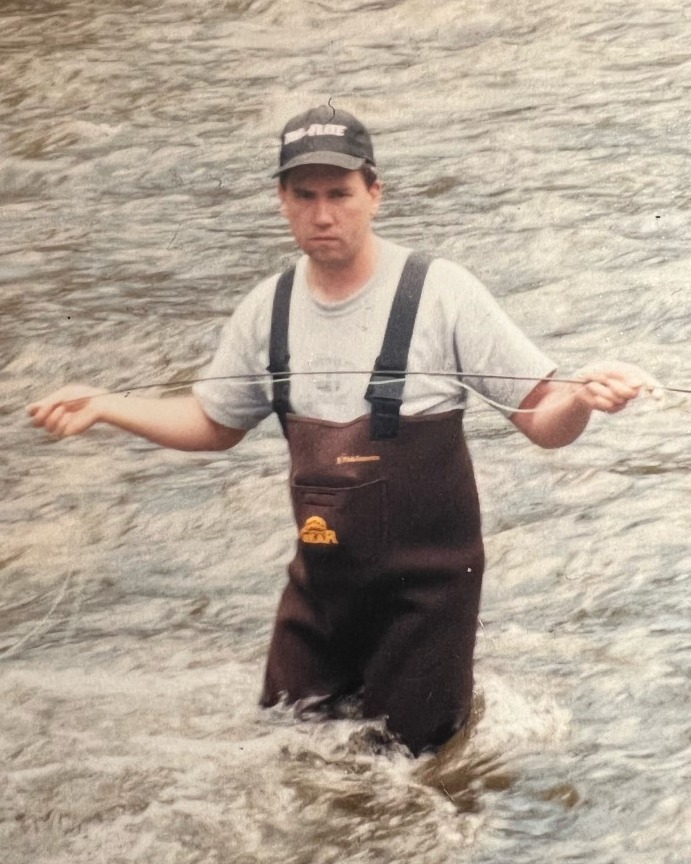 Chris was born December 20, 1968 in La Jolla, California to Gary Wayne Shaw and Donna Lee (Cole) Shaw. Chris graduated from Golden City High School in the class of 1987 and went on to graduate from DeVry University in Kansas City, Missouri with his associates degree in electronic engineering.

Chris lead a very fulfilled life of family, church, friends and watching his beloved Chargers or Celtics play (definitely not the Chiefs). He was employed at Sugar Creek Packing in Pittsburg, Kansas as a maintenance technician since 2019, where he successfully troubleshooted problems no one else could solve. He previously worked at Tamko in Lamar, Missouri for 12 years, where he holds four patents in his name, one being in composite decking. He also taught at Vatterott College where he designed the electrical program for the college. Chris was avid fisherman and hunter and enjoyed camping at Roaring River State Park with his family any chance he could get. He also loved woodworking and actually, with his dad, built the house that his children grew up in. Chris loved to play golf with his sons, even though he may not have been very good at it. He was his children's biggest cheerleader and was known to yell "LET'S GO WHITE" before each of their basketball games. Chris loved the Lord and was previously a member of the Lamar Church of Christ, serving as song leader. Chris also served on a mission trip to Honduras. Chris was kind, passionate, hard-working, intelligent, funny, a loving husband and son, and the best father anyone could ask for.

Chris was preceded in death by his father, Gary Shaw.

Contributions are welcomed and made payable to Daniel Funeral Home to assist the family with expenses.

To send flowers to the family in memory of Christopher Keith Shaw, please visit our flower store.